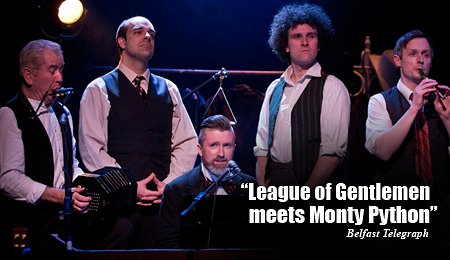 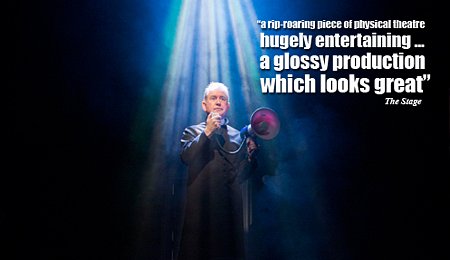 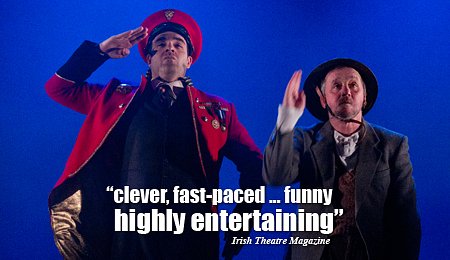 Back on the road for an all Ireland and UK tour in Spring 2016 the show was previously seen in the heart of London’s West End at Leicester Square Theatre, and on two sell-out Irish tours in 2009 and 2011.

Big Telly is Northern Ireland’s longest-established independent theatre producer (“in a league of their own under truly innovative director Zoë Seaton”, Ulster Tatler) and the company worked closely with Spike’s own Spike Milligan Productions to create this unique theatrical event which combines comedy, lunacy, and original music and songs.

Spike Milligan’s Puckoon tells the hilarious story of what happens to a rural community in Ireland when the Ulster Boundary Commission decides that the Irish border will go straight through the middle of their town.  With the church separated from its own graveyard and drink now thirty percent cheaper in one corner of the pub, life in the newly divided village will never be the same again.

This critically acclaimed stage production is adapted by the company from the book by Spike Milligan and a dramatisation by Vincent Higgins, features music and songs by Paul Boyd, and is directed by Zoë Seaton.

ATTENTION!  NEWS JUST IN!  FROM THE FOLKS BEHIND PUCKOON!